What is the place of the printed book in an era of digital reading devices and web-based publishing, and how have digital workflows changed academic publishing? How are digital texts circulating in new and varied forms? This roundtable will explore how the growth of digital media has altered the material form of the printed book and posed new challenges for institutions, such as libraries, that are focused on providing access to them.

Should We Fear Intelligent Machines?

Please join the GC Digital Initiatives, the GC Digital Fellows, the PhD program in Computer Science and the CUNY Digital Humanities Initiative in welcoming Dr. Gerald J Sussman, who will present on the problems created by intelligent agents whose governing are purposefully obscured but whose actions are designed to benefit or harm humans. 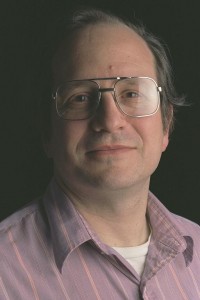 This event will take place Tuesday, March 24th, at 6pm in the Mina Rees Library Concourse (C.197) at the Graduate Center, CUNY. This event will be live tweeted (follow @cunydhi and use #cunydhi).

Recently there has been a new round of concern about the possibility that Artificial Intelligence (AI) could get out of control and become an existential threat to humanity.” With the recent explosive application of AI technology we are faced with a problem: a technology so powerful and pervasive whose benefits accrue to private entities (Microsoft, Oracle, Google, facebook, Cigna, FICO, JP Morgan and Goldman Sachs) yet with both unexamined and unregulated consequences for private citizens.

How can we ensure that applications of this technology are constrained to provide benefits without excessive risk of harm? This is primarily a social, political, and economic issue, there are also significant technical challenges that we should address.

Sussman argues that intelligent agents must be able to explain their decisions and actions with stories that can be understood by other intelligent agents, including humans. Sussman goes further, adding that these programs must be capable of being held accountable for those activities in adversarial proceedings. For citizens to have confidence in these measures the software base for such agents must be open and free to be examined by all and modified, if necessary, to enhance good behaviors and to ameliorate harmful behaviors.

Gerald Jay Sussman is the Panasonic (formerly Matsushita) Professor of Electrical Engineering at the Massachusetts Institute of Technology. He received the S.B. and the Ph.D. degrees in mathematics from the Massachusetts Institute of Technology in 1968 and 1973, respectively. He has been involved in artificial intelligence research at M.I.T. since 1964. Sussman’s contributions to Artificial Intelligence include problem solving by debugging almost-right plans and various language structures for expressing problem-solving strategies. His work with Richard Stallman developed propagation of constraints for application to electrical circuit analysis and synthesis, and dependency-based explanation and backtracking. Sussman and his former student, Guy L. Steele Jr., invented the Scheme programming language in 1975.

Sussman pioneered the use of computational descriptions to communicate methodological ideas in teaching subjects in Electrical Circuits and in Signals and Systems. Over the past decade Sussman and Jack Wisdom  worked across disciplines to develope a subject that uses computational techniques to communicate a deeper understanding of advanced Classical Mechanics. The task of formulating a method as a computer-executable program and debugging that program is a powerful exercise in the learning process. Also, once formalized procedurally, a mathematical idea becomes a tool that can be used directly to compute results. Sussman and Wisdom, with Meinhard Mayer, have produced a textbook, “Structure and Interpretation of Classical Mechanics,” to capture these novel ideas.

Sussman is a coauthor (with Hal Abelson and Julie Sussman) of the introductory computer science textbook used at MIT and many other universities. The textbook, “Structure and Interpretation of Computer Programs,” has been translated into French, German, Chinese, Polish, and Japanese. As a result of this and other contributions to computer-science education, Sussman received the ACM’s Karl Karlstrom Outstanding Educator Award in 1990, and the Amar G. Bose award for teaching in 1992.

Please join the CUNY Digital Humanities Initiative, the English Program, and the Futures Initiative in welcoming Dr. Jennifer Guiliano, who will lead a grant writing workshop specifically aimed towards scholars working in the humanities.

This event will take place Friday, April 24th, at 2pm in the English Program Lounge (4406) at the Graduate Center, CUNY. RSVP recommended:  https://www.eventbrite.com/e/grant-writing-for-humanists-tickets-16105258261.

Designed for humanities scholars seeking assistance with writing grants, this workshop introduces participants to best practices in writing and submitting a grant. This workshop will allow participants to work through key grant writing concepts, understand the process of developing successful grants, and allow them the opportunity to engage with a series of online resources, including presentations, exemplar successful grants, and podcasts that will position them to be successful in their grant-writing. A combination of lecture and hands-on, the workshop will result in a map for attendees to follow to complete their first (or improve their existing) grant.

Recommended: BYODevices and abstracts or materials for your current project. Collaborative projects welcome! 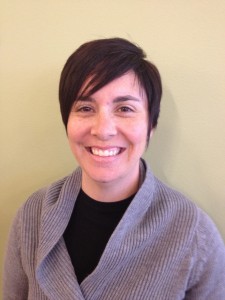 Jennifer Guiliano is Assistant Professor in the Department of History at the Indiana University-Purdue University Indianapolis. She has served as a Post-Doctoral Research Assistant and Program Manager at the Institute for Computing in Humanities, Arts, and Social Sciences at the National Center for Supercomputing Applications (2008-2010) and as Associate Director of the Center for Digital Humanities (2010-2011) and Research Assistant Professor in the Department of History at the University of South Carolina. She most recently held a position as Assistant Director at the Maryland Institute for Technology in the Humanities at the University of Maryland where she also served as an adjunct instructor in the Department of History and the Digital Cultures program in the Honor’s College. Dr. Guiliano currently serves on the Association for Computing in the Humanities (ACH) Executive Council (2013-2016), as co-director with Trevor Muñoz of the Humanities Intensive Teaching + Learning Initiative (HILT), and as co-author with Simon Appleford of DevDH.org, a resource for digital humanities project development, and Getting Started in Digital Humanities (forthcoming, Wiley & Sons, 2016). She is also author of Indian Spectacle: College Mascots and the Anxiety of Modern America (Rutgers University Press, March 2015).