Please join us on Wednesday March 20, 2013 when we will be delighted to welcome Anne Balsamo, Dean of the School of Media Studies and Professor of Media Studies at The New School for Public Engagement, who will discuss her work with the AIDS Memorial Quilt Digital Experience Project. Details are below – we look forward to seeing you there! 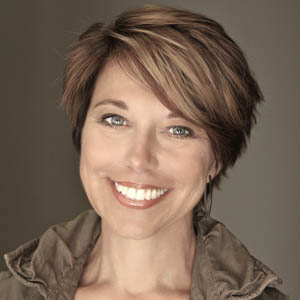 The event is free and open to the public.

The AIDS Memorial Quilt was created 25 years ago as a work of community activism to protest the appalling lack of attention by the US health agencies to what was then, in 1987, an increase in improbable fatalities among previously healthy gay men in the United States.  Its first inception unfolded in October 1987 on the National Mall in Washington DC as part of the March for Gay Rights; it included 1,920 Quilt panels.  Now 25 years later, the Quilt encompasses more than 48,000 panels, representing 60 countries and commemorating more than 93,000 names.  It is the largest living memorial of its kind in the world.

The Quilt is also an “activist archive” of the late 20th century.  The activities that gave rise to the Quilt in 1987 are part of the history of the campaign for gay and lesbian rights in the US. The Quilt literally stitches together a million memories, a million stories, a million lessons about the relationship between individual lives, public culture, and political activism. In its textile form, it is an unwieldy archive. If laid out in its entirety the Quilt would cover more than 1.3 million square feet. It weighs more than 34 tons.

This presentation discusses the creation of an interactive memorial that was designed to augment the viewing of the textile Quilt. I will demonstrate three digital experiences: 1) an open-source mobile web application called AIDS QUILT TOUCH; 2) a tangible tabletop interactive that enables viewers to search the database of Quilt images to find a specific image and to browse the archive of Quilt panel images; and 3) a community sourcing application that engages people in analyzing and archiving information about the Quilt.

This effort is framed by my recent transmedia book project called Designing Culture: The Technological Imagination At Work. In creating the Quilt Digital Experiences I was interested in exploring the cultural work of public interactives, to examine how they are implicated in practices of cultural reproduction—remembering, witnessing, archiving, and educating.

In her recent book, Designing Culture: The Technological Imagination at Work (Duke, 2011), Anne Balsamo offers a manifesto for rethinking the role of culture in the process of technological innovation in the 20th century.  Based on her experiences as an educator, new media designer, research scientist and entrepreneur, the book offers a series of lessons about the cultivation of the technological imagination and the cultural and ethical implications of emergent technologies.

Dr. Balsamo was recently appointed the Dean of the School of Media Studies at the New School for Public Engagement in New York.  Previously she was a full professor at the University of Southern California in the Annenberg School of Communication and the Interactive Media Division of the School of Cinematic Arts.  From 2004-2007, she served as the Director of the Institute for Multimedia Literacy at USC where she created one of the first academic programs in multimedia literacy across the curriculum.  In 2002, she co-founded Onomy Labs, Inc. a Silicon Valley technology design and fabrication company that builds cultural technologies.  From 1999-2002, she was a member of RED (Research on Experimental Documents), a collaborative research-design group at Xerox PARC who created experimental reading devices and new media genres.  She served as project manager and new media designer for the development of RED’s interactive museum exhibit, XFR: Experiments in the Future of Reading that toured Science/Technology Museums in the U.S. from 2000-2003.  Her earlier book, Technologies of the Gendered Body: Reading Cyborg Women (Duke UP, 1996) investigated the social and cultural implications of emergent bio-technologies.

See more about her work at her site, Designing Culture.